For all you writers out there – do you remember everything you’ve written?

As I was going over THE UNCOMMON ONE for the umpteenth time, I came across sections and thought “When did I write that? This is great!”

Or I would think I needed to change a scene to find out I had already done it (and amaze myself at how well I changed it).

Granted, my memory hasn’t always been the best. The 80’s are a complete blur, but I attribute that to being a mother of two youngin’s (born in 1982 & 1985), working full-time, and going to college. I’m surprised I even remember what my degree was in (photography – yeah, really).

And when I read a book, I don’t always remember all the details (I know, no one does). I just thought it would be different with a book I’ve written. It kind of scares me that I don’t remember everything.

So I’ll ask again – Should I worry?
Posted by Stacy McKitrick at 9:50 AM No comments:

I just came off a nice roller-coaster ride. Or maybe I’m still on it, but the ride has leveled out, getting ready for the next part. I just hope it goes up!

On Thursday, I pitched THE UNCOMMON ONE to an editor of a publishing company via the RWA Chapter I belong to. It’s the same chapter that offered a pitch session to another publishing company (one in which I participated and they requested the full ms and THEN rejected me – boo hoo).

On Friday, there was still no word and I went off to a high school football game (our team won – yea!). By the time we got home, it was after midnight and I went to bed.

When I got up the next morning, low & behold, I saw my name listed as one of the lucky participants to send in a full. Wow! The pitch worked? I was AMAZED! I was THRILLED!

There was only one problem: I was in the middle of editing the book. YIKES!

Talk about a frantic weekend. I had started making minor changes (which, of course, rippled throughout the book) and I wanted to incorporate them in the ms I was to send in. No problem, I told myself. I could do this and have it ready to send in on Monday.

Ha! I encountered conflict – just like my characters do in my books.

On Sunday we went to BW3’s to watch the Steelers play (since they weren’t on TV at home). I have no problem writing there for some strange reason, so I packed up the computer and took it with me. By the end of the first half, my battery was getting low, so I swapped it out for a fresh one. Or so I thought. Stupid me forgot to charge the extra battery! There went a couple of non-productive hours (at least the Steelers won – yea).

When we got home, I went back to work editing. Around 6:00, my head was pounding and my stomach was queasy. My husband wanted to know what was for dinner. Food did not appeal to me. By 6:30 I had to go lie down, resigning myself that I wouldn’t finish.

At 8:30 I awoke to no headache and no queasy stomach. So I headed downstairs. By 11:30 I still had twenty or so pages to go and I was at a part that needed a major re-haul.

So much for getting it ready for Monday. Instead, I got it ready for this morning. Hitting that send button was HARD! But the relief I felt after sending it off was major. It’s over. It’s out there. There’s nothing else I can do to it.

Now I get to wait and wonder. Will the ride go up or down?
Posted by Stacy McKitrick at 8:53 AM 2 comments:

Email ThisBlogThis!Share to TwitterShare to FacebookShare to Pinterest
Labels: The Uncommon One

Do you like receiving Christmas letters (or Christmas form letters)?

Yeah, I know – Halloween isn’t even here yet. What’s this about Christmas letters! Well, I’ll tell you.

Every year I’ve sent out a letter with our Christmas cards (yes, one of those form letters). Of course, I usually wait until the last minute to compose one. This year I’m wondering if I want to send one out at all.

You see, one family member requested I no longer send the letter to her. She fell on bad times and didn’t appreciate hearing about how good our life was (well, I wasn’t about to share the bad/sad parts of our life – it is a Christmas letter – good cheer and all that).

I know I shouldn’t let one person spoil it for everyone else, but since I never received any feedback before that one, I’m now wondering if everyone feels the same.

Do you send out Christmas letters? What information do you share? And is there a way to share without sounding like you’re bragging? This inquiring mind wants to know!

Thanks!
Posted by Stacy McKitrick at 8:51 PM 2 comments:

I think things may be getting back to normal.

The last two weeks have been rough on my weekly goals.

Last weekend we went to Louisville and it disrupted my schedule (writing and otherwise). Don’t get me wrong. I loved watching the games and rooting for my daughter, but since I work full-time during the week, I use the weekend to get stuff done (i.e. writing) and it didn’t happen.

This past weekend was pretty much the same.

On Friday we went to West Virginia (Beech Bottom, actually, just north of Wheeling along the Ohio River) to visit my husband’s uncle, who came in from Rhode Island to visit his sister (my husband’s aunt). This trip wasn’t really planned, but we wanted to see them, so we went.

Granted, we came back Saturday night (had to watch OSU get beat by Wisconsin – dang!), and I was able to get my laundry done on Sunday, but it still seemed to disrupt things. My schedule was all off. My days were all wrong. The writing stalled.

But tonight I finally got some quiet time to sit down and write and it came back! Words flowed once again. The story moved forward. I’m a happy camper!

Yes, I think things may be getting back to normal. I might actually get some of my goals accomplished after all! Especially my writing goal.
Posted by Stacy McKitrick at 8:31 PM No comments:

My husband and I attended the 15th United States Australian Football League National Tournaments in Louisville over the weekend.

I never realized how many Footy teams there actually are. And they came from all over, too. Next year the tournament is in Houston. We’ll go if our daughter is still playing. We’ll apparently use any excuse to travel!

I believe there were six women’s teams competing, where there were 4 Divisions for the men. Women’s Footy is still relatively new and not everyone could make it to the tournament, so cities/teams were combined. The team my daughter was on was a combination of her Columbus team (the Jillaroos) and the Arizona team (the Hawks). They called themselves the Hawkaroos. Unfortunately, they didn’t win any games (and they played in three).

If you’re wondering what Footy is like, I think it’s a mix of football, soccer, and basketball. The ball resembles a football and they are allowed to tackle, but there is no clear offense or defense (except in their position). The set-up resembles soccer (and so do their uniforms). The basketball part? If the player runs with the ball, it must touch the ground after so many steps, either by bouncing it or touching it to the ground. Otherwise, they punt the ball to a teammate (hopefully) down the field. If it’s caught, that player gets a free punt down the field. If it’s not caught, then it looks like a bunch of people going after a greased pig!

By the end of the third game, I was starting to understand some of the penalties and rules. Because we weren’t familiar with the sport (and unprepared as to what to expect), we didn’t watch any of the men play. That was bad on our part and we’ll have to rectify that next year (provided the Columbus team goes, that is).
Posted by Stacy McKitrick at 10:57 AM No comments:

We are going to Louisville on Saturday to see our daughter play Footy (Australian Rules Football http://www.usafl.com/). It’s the end of the season for her and all the teams are playing in a tournament.

The first game is on Saturday at 9:00 am. It takes three hours to drive there. And since we have a football game to go to tonight (it’s high school and the youngest graduated in 2003, but we still go), that means we will be leaving home around 5:00 am (must leave room for getting lost – we’re good at that – and eating breakfast).

Oh – and have I mentioned my husband HATES mornings? So, I guess I’m driving (sigh!).

Email ThisBlogThis!Share to TwitterShare to FacebookShare to Pinterest
Labels: Footy

Back Down to Earth

My euphoria was short-lived.

I should be glad she read my book so fast.  I just wish she liked it enough to publish.

I'm not giving up, though.  There are still plenty of other agents & publishers out there for me to query.
Posted by Stacy McKitrick at 4:14 PM 2 comments: 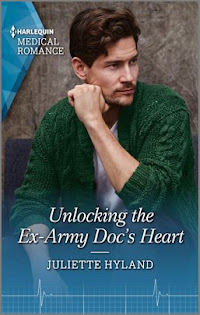