Reading Update and Other Stuff

I got my first shot. It was a Pfizer shot. My arm hurt and I got a headache, but that was about it. I’m sure it’ll be worse after my second shot, though. Which is scheduled for March 13th! Hubby gets his second shot on the 6th, which means by the end of March, we’ll both be protected. Yay!!

This also means that if the May cruises are allowed to go, we’ll be cruising again. Man, I really miss those. 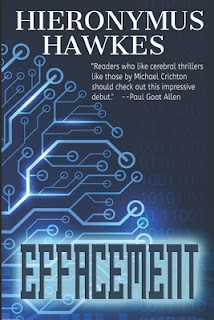 Dates read: February 15-23
Title: Effacement
Year of publication: 2021
Author: Hieronymus Hawkes
Genre: Sci-Fi Futuristic
Series: N/A
# of Pages: 392
Paper or plastic: Trade paperback
How obtained: Free from author
Blurb from book: When recording every aspect of your life has become the law, what happens when your connection to the world is severed?
With the advent of BioNarratus’s Vitasync neurochip, serious crime has all but disappeared. Without a lifelog, you can’t get a bank account, medical insurance, or a job. But a government agency is bent on using the neurolink tools Cole Westbay helped develop to target and kill potential enemies. After uncovering a clue to their plans, he wakes the next day with his neurochip destroyed and his recent memory wiped.
A renegade exec and an enigmatic attorney become Cole’s new allies in a race against the clock. Targeted by a single-minded government agent, Cole must discover the plot and prevent more innocents from being murdered before they shut him up permanently.

My thoughts: Interesting story. Yes, I received this book free from the author. I had read an earlier version of this story back when I was the author’s critique partner (way back before I was published), and he mentions me in the acknowledgements (awwww!). If you like futuristic stories (set on planet Earth), give this one a try.

I saw some of our grass yesterday! A spot around the downspout. Weather is finally getting warmer (supposed to get up into the 50s this weekend) and I’ll be sooooo happy to see the snow go. It’s still covering most of our yard now, but it shouldn’t be too much longer. I hope…

So… reading anything good? I’m back at the Morganville Vampire books. I found a good deal and bought them. Probably wouldn’t have done that if I didn’t know that the last book is the actual ending to the series. Since I know it has an ending, I’m okay with finishing them. Because I really do enjoy the stories.

I’m still exercising 4-5 times a week, but I’m losing motivation to continue. Then I kind of realized part of my problem: I’ve been sleeping in too late. Each day this winter I’ve been getting up later and later. In the summer I would get up at 6:30 to go walking. Now I’m lucky to climb out of bed by 8:00. So, I’m going to start setting my alarm (starting Thursday, since I don’t work out on Wednesday and Sundays). Hopefully that will get my motivation back. And free up my morning to actually WRITE! We’ll see… 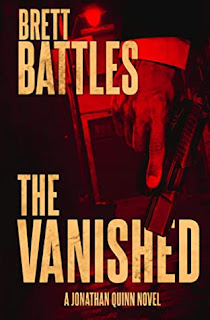 Dates read: February 10-15
Title: The Vanished
Year of publication: 2020
Author: Brett Battles
Genre: Suspense/Thriller
Series: Jonathan Quinn #15
# of Pages: 414
Paper or plastic: Trade paperback
How obtained: Purchased
Blurb from book: A missing physicist. Two botched jobs. And a world gone mad. Will this be Jonathan Quinn’s last job ever?
It’s been nine years since Quinn last worked with Mariko. That fateful job left him with a permanent sense of guilt, and her with a life forever changed.
Now, their paths have crossed again. Not in a way Quinn would have hoped for, but at least in one that might allow him to make partial amends.
But a cleaner’s got to do what a cleaner’s got to do.

My thoughts: Man, I forget how sucked into these books I get. This is a really good series. Even got my husband hooked on these books.

Last Friday I got lucky and nabbed an appointment for my first COVID vaccine (state opened it up to people with certain diseases and such and my leaky heart valve got it for me—about time it did SOMETHING good). My appointment is for this Saturday. I hope it goes. The snow has delayed some shipments and anything is possible. Keeping my fingers crossed I actually get the shot.

So… It’s snowy and cold here. Got 7” of snow on Monday/Tuesday. And more is forecasted for Thursday. But first, a deep freeze (temps in the single digits with wind chills below zero). I’m so over winter!!! How about you?

Posted by Stacy McKitrick at 6:00 AM No comments:

There has been snow on the ground since… forever. Okay, not forever. Probably just last week, but still… There’s too much. It snowed on top of snow. Multiple times. I miss seeing the grass. Even between snow storms. And we’re not finished with the storms, either. More is forecasted tonight. I really hate this season. 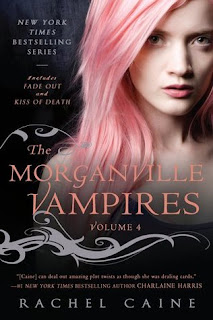 Dates read: February 2-6
Title: Fade Out (Morganville Vampires Vol. 4)
Year of publication: 2009
Author: Rachel Caine
Genre: YA Paranormal
Series: Morganville Vampires #7
# of Pages: 215
Paper or plastic: Trade paperback
How obtained: Borrowed from daughter
Blurb from book: Without Bishop ruling over the town of Morganville, life has changed—dramatically. The resident vampires have made major concessions to the human population. With their newfound freedoms, Claire Danvers and her friends  are almost starting to feel comfortable again, but when a filmmaker goes missing after starting work on a short documentary about vampires, Claire and her friends are feeling anything but safe.

My thoughts: Another story with an ending. I’m shocked. If this keeps up, I may have to go buy the rest of the series. Or at least look for them in the library or used book stores. :D. Myrnin is becoming my favorite character in this series and I can totally see David Tenant playing him. He’s one crazy vampire!

Dates read: February 7-9
Title: Kiss of Death (Morganville Vampires Vol. 4)
Year of publication: 2010
Author: Rachel Caine
Genre: YA Paranormal
Series: Morganville Vampires #8
# of Pages: 213
Paper or plastic: Trade paperback
How obtained: Borrowed from daughter
Blurb from book: Vampire Michael Glass just received the call he’s been waiting for all his life. His music has attracted the attention of a heavily connected music producer who wants him to cut a demo and play some dates—which means Michael and his friends will have to enter the human world. But between a pack of hateful humans and a savage party of traveling vampires, Michael, Claire, Shane, and Eve may not make it to the show on time…or ever.

My thoughts: Very suspenseful! Now that these stories are actually ending (yes, this one had a satisfying ending), I want to read the rest of the series. Yes, I know. I’m strange.

Hubby has an appointment to get his COVID vaccine tomorrow. Unfortunately, I’m too young to get mine. Too young by two years. So I wait… At least Hubby is getting his. One less thing to worry about.

So… How’s the weather where you are? Is the ground white, green, or brown? Haha!

Update from last post: I got my four replacement cakes of yarn from Herrschners. One was defective. Figures! I’ll just have to do with what I have (which is hopefully enough). And I got my $5 from Kroger! Apparently it works better if you CALL them than e-mail them. I will remember that the next time.

So… I’m experimenting with advertising. I’ve been advertising on Amazon since April and I’m finally making money. Not a lot, but then I wasn’t making much of anything before. My Amazon royalties in 2020 was over $700 compared to about $300 in 2019. Wish I could say my profit from advertising was $300, but it wasn’t. I have better hope for this year, since I updated my blurb/description and the back matter to each ebook (with links to the next in the series). It’s because of those changes that my advertising started to earn money instead of just spend it.

Since I was doing better on Amazon, I decided to venture out to other venues. Like BookBub (advertising, not book deal). I heard it was fairly easy. And it was…sort of. But I think it’ll be awhile before I go back there. They just eat my money (pretty much like Facebook does). I might try again when I release my next book. 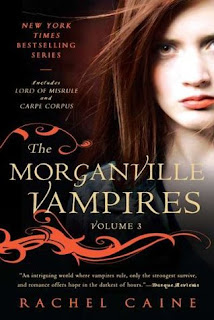 My thoughts: I really hated the “ending” to this one. I don’t think there was even a book story in it that was resolved. I’m beginning to wish I hadn’t started reading this series. But I have the next three, so I will continue.

Dates read: January 29-February 1
Title: Carpe Corpus (Morganville Vampires Vol. 3)
Year of publication: 2009
Author: Rachel Caine
Genre: YA Paranormal
Series: Morganville Vampires #6
# of Pages: 217
Paper or plastic: Trade paperback
How obtained: Borrowed from daughter
Blurb from book: An underground resistance is brewing in Morganville. In order to contain it, Bishop vows to obliterate the town and all its inhabitants—the living and the undead. Claire Danvers and her friends are the only ones who stand in his way. But even if they defeat Bishop, will the vampires ever be content to go back to the old rules after having such a taste of power?

My thoughts: Wow! An actual ending! I’m shocked. And a little afraid to read the next book in the series (since I only have access to up to #8 and there are 15 books in this series). But read it, I will, because apparently I’m a glutton for punishment. Don’t get me wrong, the stories are fun to read. It’s just the endings I’ve hated. Except for this one. This one I liked.

So… Were you surprised by the groundhog yesterday? I wasn’t. I woke up to lots of snow on the ground and a bright, shining sun. Super cold out, too. But I celebrated the day by watching “Groundhog Day.” I love that movie. Do you? 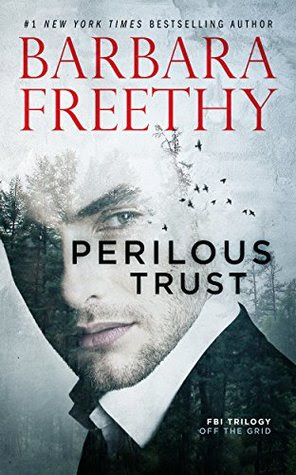