Well, Wednesday apparently just flew on by. Or rather Tuesday, since that’s the day I usually post. How’d it get to be Thursday already? I don’t know where my head has been! I guess Thursday is better than no day, huh? Here’s what I read since my last update: 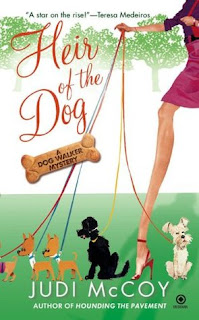 Dates read: October 15-20
Title: Heir of the Dog
Year of publication: 2009
Author: Judi McCoy
Genre: Mystery
Series: Dog Walker Mystery #2
# of Pages: 319
Paper or plastic: Mass market paperback
How obtained: Purchased
Blurb from book: Professional dog walker Ellie Engleman is more than just a pal to her pooches—she can also read their minds. So when a fellow dog lover turns up dead, Ellie makes no bones about using her talents to track down her friend’s killer.
Strolling through Central Park with Rudy, her terrier mix, Ellis is shocked to find the corpse of a troubled but harmless park dweller she often met while walking Rudy. When the police arrive and question Ellie, she stumbles over her story—and finds herself the prime suspect. Fortunately she has onetime fling Detective Sam Ryder in her corner.
But the police investigation is the least of Ellie’s worries. Because it turns out that Ellie’s pup, Rudy, is the victim’s sole beneficiary—and he has inherited a key to a safety-deposit box whose contents just might point to both the motive and the murderer. Together, Ellie, Rudy, and Sam must sniff out the killer, or they won’t have a dog’s chance of surviving.
My thoughts: It’s been a long time since I read book 1, but I finally decided to just read the rest of the series now, since I own them all. Ms. McCoy passed away some time ago, but I liked her a lot (and she taught me a lot about writing). I was able to jump into her story without any problems and eagerly read each page. This is a fun series.

Since the Dodgers are in the in the World Series, I’m watching this year. I was almost afraid I wouldn’t be able to watch. I stopped watching the NLCS because when I did, they lost! So glad I was able to see them win on Tuesday, or I might have had to stop myself from watching. Don’t want to jinx them, you know? I sure hope they win it this year.

So… are the days just all a big blur to you, too? And I have a white board to help me (and yes, I update it every day). Sheesh!

I have a feeling I won’t have any problems reaching my reading goal of 50 books this year. I’m just glad that I’ve found the joy of reading again. There was a time where I thought I’d lost it.

So if I can find the joy in reading again, I’m sure I’ll find the joy of writing again. I just need to take that first step. Why is it so scary? 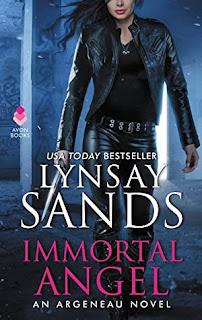 Dates read: October 4-7
Title: Immortal Angel
Year of publication: 2020
Author: Lynsay Sands
Genre: Paranormal romance
Series: Argeneau Series #31
# of Pages: 352
Paper or plastic: Mass market paperback
How obtained: Purchased
Blurb from book: For almost a century, Ildaria Garcia has been on the run, a trouble magnet with a knack for taking down bad guys. Lately, her vigilante tendencies have drawn unwelcome attention to her fellow Immortals. Forced to relocate, Ildaria is supposed to lay low in a new town. Instead, she quickly entangles herself with six and a half feet of muscular, tattooed trouble.
Joshua James Simpson Guiscard, aka G.G., knows a lot about Immortals—enough to make him wary. Yet from the moment Ildaria walks into his club, he feels desire stronger than anything he’s known. Accepting the fact that they might be life mates is disconcerting. But when her past catches up to them, G.G. faces a choice—confront his demons at last, or lose a passion that’s hot as hell.
My thoughts: Even at #31, this series does not disappoint me. It’s always something a little different. And of course, lots of hot sex. 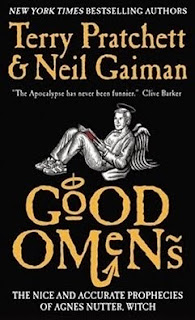 Dates read: October 8-13
Title: Good Omens
Year of publication: 1990
Author: Terry Pratchett & Neil Gaiman
Genre: Fantasy
Series: N/A
# of Pages: 491
Paper or plastic: Mass market paperback
How obtained: Purchased
Blurb from book: According to The Nice and Accurate Prophecies of Agnes Nutter, Witch (the world’s only completely accurate book of prophecies, written in 1655, before she exploded), the world will end on a Saturday. Next Saturday, in fact. Just before dinner. So the armies of Good and Evil are amassing. Atlantis is rising, frogs are falling, tempers are flaring. Everything appears to be going according to Divine Plan. Except a somewhat fussy angel and a fast-living demon—both of whom have lived amongst Earth’s mortals since The Beginning and have grown rather fond of the lifestyle—are not actually looking forward to the coming Rapture. And someone seems to have misplaced the Antichrist
My thoughts: I’ve seen the series twice and have wanted to read the book since. I won some B&N money (from judging a contest) and decided to use it to buy this book. Finally. And I wasted no time to read it, either. Wow. It’s kind of nice that the series is sooooo similar to the book (asides from the ending, which I kind of like the television series better). A really fun read! Highly recommend.

Looks like autumn has arrived. I’m lucky if I leave the house once a week, so when I went out this past weekend, I was surprised at how MUCH the leaves have changed. It’s pretty, but I still prefer green.

Man, I don’t remember stepping to be so hard, but then I was going to the fitness center on a regular basis back when I took those classes.

But I wasn’t going to let that discourage me. On Monday I was back at it. And finished that first exercise! Yeah, it was only 26 minutes long, and included a lot of marching in place (rest stops), but I felt good. Good enough to try exercise 2 on Tuesday.

Apparently I need those rest stops. Exercise 2 was pretty much the same as exercise 1, but without the rests. I had to stop and rest a couple of times. I’m not quite ready to step non-stop for 22 minutes.

But I’m still not discouraged. I worked up a sweat (and got my heart rate up there, too). I have a feeling this will be a MUCH better workout than just walking. At least I hope so! 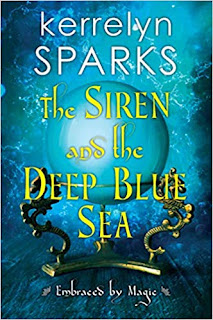 Dates read: September 27- October 3
Title: The Siren and the Deep Blue Sea
Year of publication: 2020
Author: Kerrelyn Sparks
Genre: Fantasy romance
Series: The Embraced #5/Embraced by Magic #2
# of Pages: 359
Paper or plastic: Trade paperback
How obtained: Purchased
Blurb from book: Raised on the magic-seeped Isle of Moon, Maeve is used to unusual powers—and the way they fuel the politics of her world. But when she discovers an ability to shape-shift at will, she knows who she wants to share it with first. Brody, the enigmatic, infuriating shifter-spy has always made time for Maeve. But it’s been almost two months since she’s seen him. And though no one else believes Brody is in danger, Maeve is more than ready to rescue him herself.
The rumors Brody’s investigating are terrifying: a secret army of magic-users, in the service of the cruel Circle of Five. But when he uncovers the identity of one of the Five, the mission becomes personal. Cursed as a boy by the Sea Witch, Brody can spend only two hours a day in his human form, a restriction that limits his future and muzzles his heart. Plus Maeve teases him for being such a pretty doggy instead of appreciating his manly charms. To win his freedom, he must take on a terrible disguise. And when Maeve finds out, she’ll unleash a tempest like no other…
My thoughts: I liked this series very much. This was supposed to be the end of it (5 sisters, 5 stories), but it appears Kerrelyn got the go-ahead to write more. Yay! I look forward to seeing what else can happen in this world (and who will fall in love…).

So… Are you reading more now during the pandemic than you did before COVID hit us? At first I had slowed down, but reading is starting to interest me again (or maybe I’m just reading the right books). It’s encouraging in any case. I almost thought I’d lost interest for good! Which means I’ll most likely get back to writing soon. The only one stopping me is me. 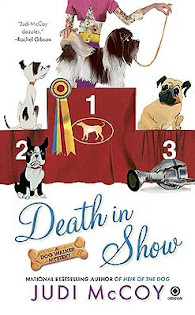