Do you remember your dreams? For the most part, I don’t. But if they fall into a certain situation (or theme), I do.

One of the dream themes I tend to remember is about bathrooms. Specifically, looking for one that isn’t dirty or broken. I haven’t had one of these dreams for a few years…until this week.

FYI: I posted about this in 2013 (Stacy's Rantingsand Whatnot: Dreams (stacysrantings.blogspot.com)) so that shows you how long it’s been since I had a bathroom dream!

I don’t know what brought them on in the past, or what brought it on this past week, but I find it amazing that I can usually remember my bathroom dreams but not most of the other dreams I’ve had.

This last dream, I was looking for a bathroom. I guess I was on a ship (because of the way it was built—all metal). The one I found had water on the floor that covered my shoes. By the time I was finished using the bathroom, the water was up so high it soaked my shorts (which I find weird because I rarely wear shorts!). I woke up after that, probably because I was amazed I had a bathroom dream!

I liked it better when I dreamt about having a large house with hidden rooms. It was so much fun to explore! I used to dream about that a lot, but not for decades now. Or maybe I have dreamt them and just don’t remember them anymore. That makes me sad to think about… 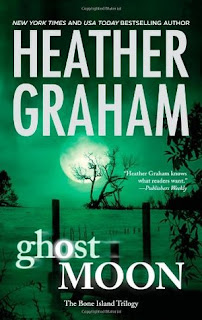 Dates read: September 8-17, 2021
Title: Ghost Moon
Year of publication: 2010
Author: Heather Graham
Genre: Paranormal Romantic Suspense
Series: The Bone Island Trilogy #3
# of Pages: 376
Paper or plastic: Mass market paperback
How obtained: Purchased
Blurb from book: Reclusive collector Cutter Merlin is seldom seen in Key West—lately, not at all. Officer Liam Beckett visits Merlin’s curious house and discovers the gentleman in his study. In his death grip: a volume of occult lore and a reliquary. His eyes are wide with fright, his mouth a horrified rictus where spiders now dwell.
Kelsey Donovan returns to the old house to catalog her estranged grandfather’s collection of artifacts and antiquities, vowing to see his treasures divested properly. But she cannot ignore the sense that she’s being watched, the reports of malevolent black figures, the pervasive smell of death.
Is the Merlin house haunted, even cursed? Liam knows well that some ghost stories are true and he swears to protect Kelsey. But there are forces at work for whom one more life is a pittance to pay for their deepest desire….
My thoughts: Quite a mystery. I couldn’t figure it out. Not that I’m good at that kind of thing. A nice wrap-up for the trilogy and I enjoyed them all.

So I wonder why we remember some dreams but not all. Our brains are strange, aren’t they? Do you remember any of your dreams? Do any have recurring themes?

Dragon Con was great. With attendance capped at around 40K, it was definitely noticed. I could walk through the hotels in a reasonable amount of time (especially after a panel). And everyone wore masks!

Now, not ALL of the rooms had spread out the chairs, but a lot of them did. And of course, we were close standing in line before a panel (there really was no way around that). But overall, I felt pretty safe. Everyone was just so happy that Dragon Con was a go, I don’t think anyone really griped about wearing masks. It was wonderful.

Heck, at the food court in the Peachtree Center Mall, the owner of one of the restaurants came out and hugged everyone in line thanking them for coming. I’m sure all the businesses in the area appreciated whatever kind of attendance came.

I spent most of my time in the writers’ track, hoping to generate some motivation in my writing. I think it actually helped. Monday night/Tuesday morning, as I was trying to sleep with all the snoring going on, I realized that I needed (NEEDED) to write the murder scene of Ghostly Protector (the murder has already happened when the book starts). I’ve never written it as a scene, only mention bits and pieces during the story (and not all the bits and pieces since I’m never in the head of the “person” who witnessed the whole thing), so I kind of went over it in my head and plan on getting it written today. I need it written down (especially now that I know who the murderer is and other details—details I didn’t have when I wrote the first draft) so I don’t screw up the book more than it’s already screwed up. This will NOT go into the book. It’s purely for ME! And I’m excited about writing it, too. I really think this is what I need to get the book finished. 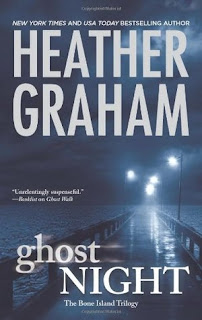 Dates read: August 29-September 7, 2021
Title: Ghost Night
Year of publication: 2010
Author: Heather Graham
Genre: Paranormal Romantic Suspense
Series: The Bone Island Trilogy #2
# of Pages: 371
Paper or plastic: Mass market paperback
How obtained: Purchased
Blurb from book: A slasher movie turns real when two young actors are brutally murdered on a remote island film set. Their severed heads and arms are posed in macabre homage to a nineteenth-century pirate massacre.
Two years later, survivor Vanessa Loren is drawn back to South Bimini by a documentary being made about the storied region. Filmmaker Sean O’Hara aches to see how the unsolved crime haunts her…and Seans knows more than a little about ghosts.
Lured by visions of a spectral figurehead, Vanessa discovers authentic pirate treasures that only deepen the mystery. Are the murders the work of modern-day marauders, the Bermuda Triangle, or a deadly paranormal echo of the island’s violent history? As Vanessa and Sean grow closer, the killer prepares to resume the slaughter…unless the dead can intervene.
My thoughts: I love the ghosts in this series. Especially Bartholomew.

While I loved being at Dragon Con, I’m really happy to be back home and sleeping in my own bed. It’s so much quieter!

As you’re reading this, I’m headed to Atlanta and… Dragon Con! They said they were capping attendance at around 40K (less than half that attended in 2019 and about the number that attended at my first DC in 2010), requiring masks, and you must show proof of vaccination or a COVID-free test (taken within the past 72 hours), so that’s great. Of course, they’re also limiting how many people can go into the rooms for panels. I don’t see where that matters so much, unless they’re purposely spreading the chairs apart. Which could be what they’re doing. We’ll see. 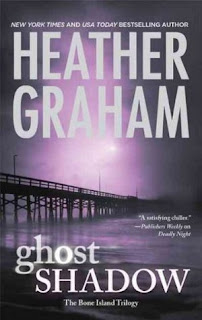 Dates read: August 21-28, 2021
Title: Ghost Shadow
Year of publication: 2010
Author: Heather Graham
Genre: Paranormal Romantic Suspense
Series: The Bone Island Trilogy #1
# of Pages: 351
Paper or plastic: Mass market paperback
How obtained: Purchased
Blurb from book: There are those who walk among us who are no longer alive, but not yet crossed over. They seek retribution…vengeance…to warn. Among the living, few intuit their presence.
Katie O’Hara is one who can.
As she’s drawn deeper and deeper into a gruesome years-old murder, whispered warnings from a spectral friend become more and more insistent. But Katie must uncover the truth: could David Beckett really be guilty of his fiancée’s murder?
Worse—the body count’s rising on the Island of Bones, and the dead seem to be reenacting some macabre tableaux from history. The danger is increasing by the moment—especially as Katie finds herself irresistibly drawn to David, who may be responsible for more than just one killing…
My thoughts: I really liked this. It’s set in Key West, a city I really came to like when we visited for a few days way back in 2019. Oh, and I liked the ghosts, too (which is the main reason I bought the book to read). 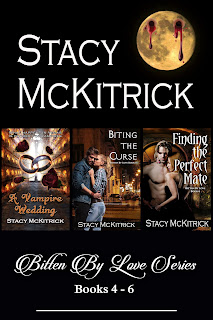 FYI: The e-book box set for Books 4-6 of the Bitten by Love series is now available! So now you can get the whole series in two box sets for less than purchasing them separately. That’s a great deal, don’t you think? You can purchase it at Amazon, Barnes and Noble, Apple, Kobo, Google, or Smashwords.

I bought a white board to help me get my timeline straight on Ghostly Protector. I realized I created a huge mess when I moved scenes around (and of course, I don’t remember why…). That could be why my brain is having issues with moving forward on this project! I started to document the timeline, but stopped since I’ll be gone a week. I’ll only forget what I did (or why I did it—I know me too well), so better to wait and start when I return home. At least, that’s what I’m telling myself!

So… Got any plans this Labor Day? 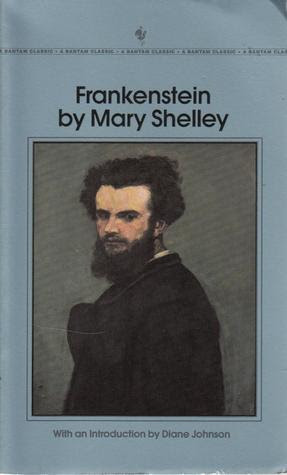