Wednesday Reads and I’m On the Road Again

On the road again… I can hear the song in my head, can’t you? And yes, I am on the road again. This time we’re headed to Atlanta and … DRAGON CON!! And this year they decided to actually start the activities on Thursday instead of Friday. Used to be minor stuff was set up for us early-birds, but more and more people show up early, that they decided to extend the fun! Whoo hoo!

I will do my best to take pictures this year, but my brain has to be working that way for me to automatically pull out my phone. It still hasn’t gotten on board with that. With anything picture-wise.

I go to my family reunion. Do I take pictures? Of course not!

I go to book conventions. Do I take pictures? Of course not!

It’s only after the events that I think, “Why didn’t I take any pictures?” 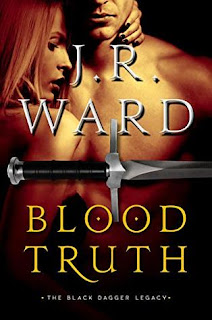 Dates read: August 19-24
Title: Blood Truth
Year of publication: 2019
Author: J.R. Ward
Genre: Paranormal romance
Series:  Black Dagger Legacy #4
# of Pages: 400
Paper or plastic: Hardback
How obtained: Purchased
Blurb from book: As a trainee in the Black Dagger Brotherhood’s program, Boone has triumphed as a soldier and now fights side by side with the Brothers. Following his sire’s unexpected death, he is taken off rotation against his protests—and finds himself working with Butch O’Neal, former homicide cop, to catch a serial killer: someone is targeting females of the species at a live-action role-play club. When the Brotherhood is called in to help, Boone insists on being a part of the effort—and the last thing he expects is to meet an enticing, mysterious female … who changes his life forever.
Ever since her sister was murdered at the club, Helania has been committed to finding the killer, no matter the danger she faces. When she crosses paths with Boone, she doesn’t know whether to trust him—and then she has no choice. As she herself becomes a target, and someone close to the Brotherhood is identified as the prime suspect, the two must work together to solve the mystery before it’s too late. Will a madman come between the lovers, or will true love and goodness triumph over a very mortal evil?
My thoughts: I love this series. Love this world. Love the characters! I just can’t get enough.

So… Does your brain go bye-bye whenever you should be doing something and you don’t? Or is that just me?

Have fun at the con! And LOL - I have the same problem with photos. Last week we went to the new house to do a walkthru and create the punchlist. Did I take any photos? Even of the stuff needing fixed? Nooooooooo. (forehead smack) Luckily I did write it all down. I guess I can't write and take pictures?

Well shoot, I'm logged into the wrong Google account - "unknown" is Jennette Marie Powell. I'll blame it on having house-brain!

Jennette - I can't remember NOT taking pictures of my new house! Probably because I don't have to ask permission!! Haha! :D 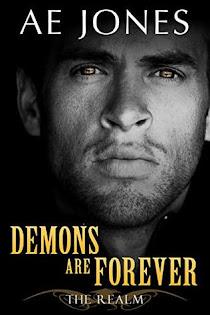