Reading Update and Fixing the Beginning of my WIP

I’ve written the next Ghostly Encounters book. Finished the first draft back in April. By now I SHOULD have finished the revisions, but COVID hit and really disrupted my routines. Or maybe that’s the excuse I just like to use. Because in reality, I know my book is a hot mess and I just couldn’t figure out how to fix it. Then I realized that maybe I started it in the wrong place. Or maybe started with the wrong point of view (POV). Or had I? Really, I couldn’t figure it out. I was too close to the story and kept second-guessing myself. So I called a friend to bounce off my ideas. Boy, am I glad I did.

I have a better idea of how to start it now (and with the correct character’s POV) and look forward to getting back to work on my WIP (which I haven’t felt like in ages). I’m hoping once I get going on Ghostly Protector, I’ll come up with an idea for the next book.

Because, yeah, I seemed to have misplaced my ideas somewhere.

It should be part of the Ghost series, since that one is selling the best, but for the life of me I can’t think of another story that hasn’t been told already (in my series). I need something new that will encompass the world I already have, but man, nothing is coming to me. Looks like I’m going to need another brain storming session with someone (preferably with someone who has read all my ghost books). 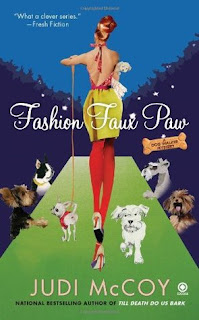 Dates read: November 11-15
Title: Fashion Faux Paw
Year of publication: 2012
Author: Judi McCoy
Genre: Mystery
Series: Dog Walker Mystery #6
# of Pages: 311
Paper or plastic: Mass market paperback
How obtained: Purchased
Blurb from book: Professional dog walker Ellie Engleman is more used to dog runs than catwalks, but when she gets involved in a fashion show, she learns a designer’s life can be murder…
When Ellie is hired for a Fashion Week event—caring for the dogs who will model outfits that match human models’—she’s more than ready to escape her world of pet-a-porter for the glitz and glamour of the fashion world. But the glitter rubs right off when a designer drops dead of anaphylactic shock, her EpiPen useless after someone tampers with it.
The victim’s peanut allergy was as well-known as her dress designs. With a little psychic help from the designer’s miniature Schnauzer, Ellie and her canine sidekicks are determined to sort through a coterie of backstabbing rivals and bitter enemies to find out who wanted the designer out of the competition—permanently…
My thoughts: This was the last of the series before the author passed away (and I do miss her, she taught me a lot about writing), so some questions will never be answered. Don’t know if I would have read this as a standalone, mainly because I don’t understand (or care) about the fashion industry, but since it was the end of this particular series, I read it and yes, liked it. The whole series was enjoyable and anyone who likes cozy mysteries with a little bit of strange will enjoy this series, too.

So…  Do you have friends you can bounce ideas off of? Have you ever felt like you ran out of ideas? I really envy those people who can write 20 books in a series. I’m having problems not duplicating stories and I’m only 3 books into the series!

Glad you were able to get back to it.
Yes, I thought I'd run out of ideas. I have friends who are my test readers and they have given me some good direction for my current work. Editing now.

Alex - I think I need some test readers. 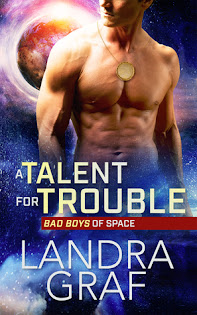