It’s been awhile huh? That’s what happens when it takes awhile to finish reading a book. And not much else is happening.

I’ve survived two treatments so far. I’m not noticing many side effects, but man, the weekend after treatment is rough. Both times I ended up with a migraine-like headache that lasted a couple of days. And urinating out what was put in me caused a few issues (which I wasn’t sure there was a correlation until the second treatment). I hope this is only because of the drug I have to take only 4 times. If I have the same issues after the drug I’m supposed to take forever (or close to forever), I won’t be a happy camper.

Of course, I may not be a happy camper during Christmas, as that falls in the weekend after my 4th treatment. Fun, fun… not. 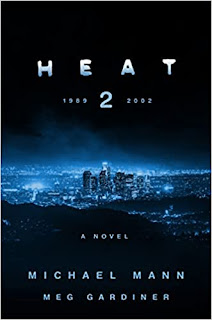 Dates read: October 26 – November 14, 2022
Title: Heat 2
Year of publication: 2022
Author: Michael Mann & Meg Gardiner
Genre: Crime Drama
Series: N/A
# of Pages: 466
Paper or plastic: Hard cover
How obtained: Purchased
Blurb from book: One day after the end of Heat, Chris Shiherlis (Val Kilmer) is holed up in Koreatown, wounded, half delirious, and desperately trying to escape LA. Hunting him is LAPD detective Vincent Hanna (Al Pacino). Hours earlier, Hanna killed Shiherlis’s brother in arms Neil McCauley (Robert De Niro) in a gunfight under the strobe lights at the foot of an LAX runway. Now Hanna’s determined to capture or kill Shiherlis, the last survivor of McCauley’s crew, before he ghosts out of the city.
In 1988, seven years earilier, McCauley, Shiherlis, and their highline crew are taking scores on the West Coast, the US-Mexican border, and now in Chicago. Driven, daring, they’re pulling in money and living vivid lives. And Chicago homicide detective Vincent Hanna—a man unreconciled with his history—is following his calling the pursuit of armed and dangerous men into the dark and wild places, hunting an ultraviolent gang of home invaders.
Meanwhile, the fallout from McCauley’s scores and Hanna’s pursuit causes unexpected repercussions in a parallel narrative, driving through the years following Heat.
Heat 2 projects its dimensional and richly drawn men and women into whole new worlds—from the inner sanctums of rival crime syndicates in a South American free-trade zone to transnational criminal enterprises in Southeast Asia. The novel brings you intimately into these lives. In Michael Mann’s Heat universe, they will confront new adversaries in lethal circumstances beyond all boundaries.
My thoughts: I read this because I enjoy Meg Gardiner’s books. Don’t know how much she contributed, but the story did start out a bit slower than I like (and it took me nearly 3 weeks to read it, but that’s a whole ’nother reason). I haven’t seen the movie “Heat” but was informed I didn’t have to (and that was correct). But I probably will eventually see it. Once I can find it on the television! It’s funny, I hadn’t read the book jacket before reading the book and didn’t know who played who in the movie. I really didn’t picture any of those actors playing the parts. Not even close.

Last week, Hubby and I took a little trip to Virginia to spend a couple of days with friends (they have a timeshare in Massanutten). We would have spent more than two days, but I had to be back for lab work and then my second treatment. It was nice to get away, even for a little bit. Saw James Monroe’s estate, a civil war site, and drove most of the Skyline drive this time around. Most of the leaves were gone or dead, but the last time Hubby and I drove the Skyline drive, it was snowing! So, we at least got to see some of the views this time around. Also saw lots of deer. But did I take any pictures? Of course not! I just don’t think about that until it’s too late. Oh well…

Sorry to read that the treatments are rough. Not fun.

Really sorry the treatments are rough.
I'll have to look for the Heat sequel. You should see the movie - it's really, really good.

Ivy - Thanks! At least the roughness only lasts a few days.

Alex - Heat 2 sequel is only in book-form. Just in case you wondered. 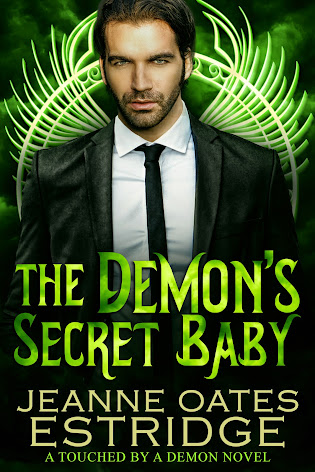