I am so sick and tired of those recorded calls. If it’s not the “IRS” calling saying I will be arrested if I don’t call their number and get my taxes straight, or some other scam place telling me due to “Treasury Government” changes I have to call their number or face persecution, then it’s a stupid bank calling saying something’s wrong with my account (when I pay my bills in full and on time).


Hello! I’m not falling for them. Stop Calling!!


It’s gotten where I don’t even get up to answer the phone anymore. But man, having the phone ring multiple times a day is really getting on my nerves.


The latest is the rash of recorded calls (got three on Sunday alone) from Citibank for my daughter’s Goodyear account. It sounded real (they listed her name), so I gave the information (phone number) to my daughter. The message said that she hadn’t paid her bill in full, yet they hadn’t been mailing her any bills. When she went on line, she said her account shows her phone number, not ours. Daughter said she will call Goodyear (based on the phone number on their website, not the phone calls) and figure out what’s going on. Because if she owes them money, why didn’t they just bill her? They have her address! Just makes me think this is another scam.


I sure wish there was a way to report these calls, but when you can’t talk to a real person, makes it kind of hard. And being on the “do not call” list doesn’t stop scammers from calling.


So… How many of these annoying calls do you get? Have you figured out a way to get them to stop? Sometimes I think I should just call their number back and let them have it. If I was brave, I’d do it, too. But I’m chicken.


Hope your Monday is stress-free!
Stacy
Posted by Stacy McKitrick at 6:00 AM

Sandra - Did they stop calling then?

A pox on telemarketing companies.

They've gotten creative too. I am no longer polite to them.

Maria - I'm not too polite, either, but then I am cursing at a recording. Haha!

YES!! My husband wants us to get rid of our landline now because the only people who use it are telemarketers. :(

I HATE these calls! We haven't gotten many lately, but we do get them sometimes. My husband has called them back before - they don't answer.

Pretty sure that Goodyear one is also a scam. Your D did the right thing!

We got rid of our landline.

Funny thing, before we did, we'd get calls from some pre-recorded selling some septic system something or other that always sounded like the disguised voice calls kidnappers make on Law & Order episodes.

Jennifer - Getting rid of the land line would be nice, but we use that number for EVERY account we have. Plus, this is the only number some of our relatives have. If we gave out our cell, the calls would only transfer to that.

Jennette - I'm tempted to call them back, but I'm waiting to hear back from my daughter to see if it was legit or not.

Jeff - I don't believe it would end the calls. Just move them to another number! 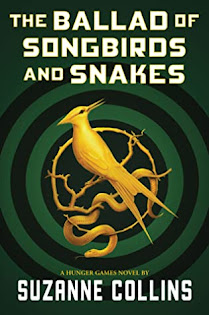